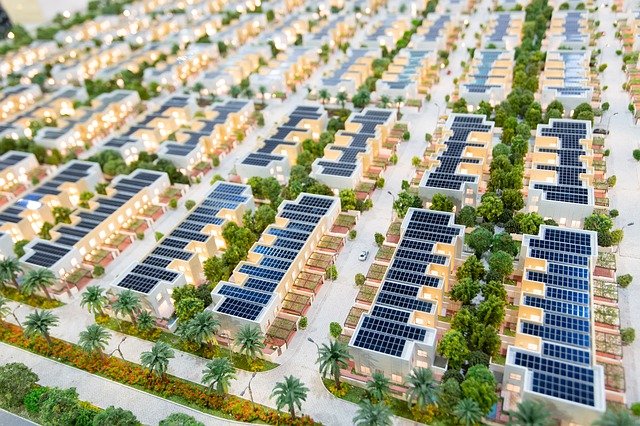 Solar panels thinner than a pencil have just been invented and they could revolutionise renewable energy.

Solar power is a particularly effective renewable energy source because it’s free. . The sun provides us with more energy than we could ever use.

In fact, the first to predict this form of power might become a reality was Leonardo da Vinci, in the 15th century. The first solar cell was developed in the 19th century, but its solar efficiency was only 1 per cent.

Solar energy users save as much as 75 million barrels of oil and 35 million tonnes of carbon dioxide per year.

These ‘air solar panels’ are thinner than a pencil and half the weight (in kg/m2) of most conventional panels. This means they can be used on older, existing rooftops which were not designed to bear such a heavy weight.

Why do we need lightweight solar panels?

Buildings are responsible for 28 per cent of global emissions, yet far too many rooftops – around 40 per cent of existing commercial buildings – can’t go solar because most solar panels are too heavy.

These lightweight panels offer a great opportunity for the majority of existing commercial buildings, which currently cannot host a traditional solar system. No metal frame and no heavy glass are used in the panel, and an adhesive mounting system further reduces weight, as no racking is needed.

The resulting weight, of around 6 kg/m², is less than half of conventional systems and significantly reduces the rooftop load. In Europe alone, Maxeon estimates that there is an unserved annual market for ‘low-load roofs’.

“The impact of this new design on solar supply chains and deployment costs and timelines will be profound,” says a company spokesperson.

“They simplify the supply chain, with dramatically reduced shipping weight, volume and costs, helping businesses to reach their net-zero goals much quicker.”

Maxeon’s solar panels will be manufactured in Porcelette, France, and rolled out across the EU in 2022.