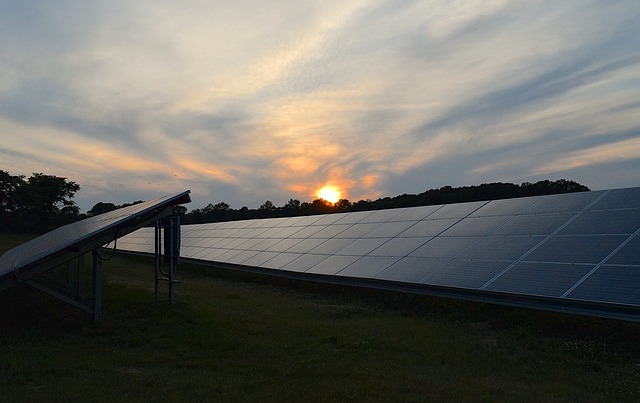 Agricultural land would be lost with the installation of conventional solar energy plants which shade the ground making cultivation of crops difficult. Image for Representation.
| Photo Credit: AP

A unique pilot study on ‘Agri Photovoltaic System,’ which is simultaneous use of land for solar energy generation and agricultural crop production has been taken up at the Prof Jayashankar Telangana State Agricultural University (PJTSAU) here.

Availability of land is becoming an issue in view of growing urbanisation and construction activity, and the ‘Agri Photovoltaic System’ would ensure both solar power generation and also cultivation of crops, said Dr Avil Kumar Kodari, Director of Water Technology Centre at PJTSAU.

Agricultural land would be lost with the installation of conventional solar energy plants which shade the ground making cultivation of crops difficult. Coupled with this, the ever-increasing construction activity is resulting in reduced availability of land, he noted.

The solution lies in the ‘Agri Photovoltaic System’ in which crops can be cultivated underneath the solar panels.

Crops like carrot, cabbage, cauliflower and broccoli have been selected for the study.

There is a possibility of crop failures in rain-fed cultivation due to frequent droughts and the solar energy generation would be an assured income to the farmers with the expansion of ‘agri photovoltaic system’ (under such drought conditions).

Observing that there could be a reduction in electricity generation from the solar panel if its temperature increases, he said cultivation of crops underneath the solar panel can have a cooling effect on the panel due to evapotranspiration (water lost from soil and plants).

Because of evaporation and transpiration, the solar panels will get a cooling effect thereby improving the efficiency of solar panels, Kumar told PTI.

In some cases, crop yield increases due to the shade of the solar panels, mitigating some of the stress on plants caused by high temperatures and ultraviolet rays (UV) damage.

Water requirement would be less in the photovoltaic system as evapotranspiration will be reduced due to the shade to the crops.

He also said “shade tolerant” crops (requiring less light) have to be grown underneath the panels.

Vegetable crops require less light compared to crops like maize, rice, cotton which need more light to get the yield.

The pilot study, undertaken in association with a Bengaluru-based solar startup, would take a couple of years for completion before the technology reaches the farmers.

It began a couple of days ago at the university.