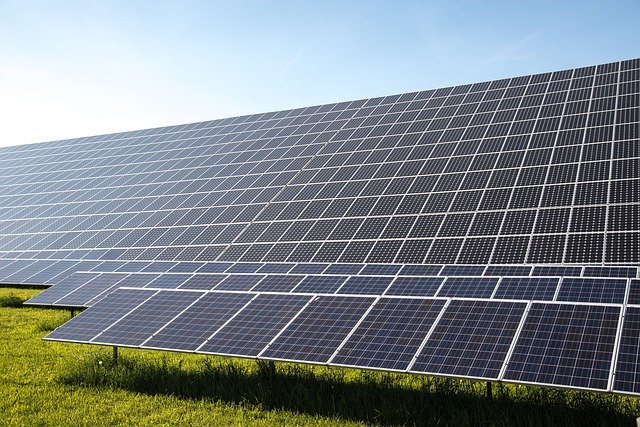 With its hydroelectric plants hobbled by drought, the country is courting investors to grow a more stable solar energy supply

YAOUNDE, Cameroon, May 27 (Thomson Reuters Foundation) – Before the University of Yaounde 1 got its solar micro-grid in 2018, erratic power supplies in Cameroon’s capital meant Adamu Gilbert could not stock the fresh, chilled items he knew his customers wanted when they came to his shop near campus.

Now that he has reliable electricity from the micro-grid, which serves the university and surrounding small-scale businesses, he has a refrigerator filled with cold drinks, fruits and yoghurts – and business is booming.

“With sales from these perishables that are really loved by students, I make double the amount I used to,” Gilbert told the Thomson Reuters Foundation.

With more than half of its electricity generated by hydropower, Cameroon should be a poster child for renewable energy use.

But in recent years, erratic rainfall and prolonged droughts linked to climate change have hit the county’s hydroelectric dams, leading to blackouts and power rationing that almost daily plunge parts of the country into darkness.

To try to solve the problem, Cameroon is looking to solar power, introducing significant tax cuts to attract funding for projects that could grow and stabilise the country’s energy grid while lowering carbon emissions.

Among the incentives, which went into effect late last year, are a 10-year elimination of several taxes, including stamp duty, on equipment used to build renewable energy projects. The country earlier reduced customs duties on imported renewable products.

The idea is to bring a stable power supply to more Cameroonians, especially in rural areas, Pierre Narcisse Massoma Bille, director of renewable energy at the Ministry of Water and Energy, told the Thomson Reuters Foundation.

“The incentives will not only help the country meet its development challenges, but also help in the fight against climate change,” he said.

Some industry experts applaud the move, saying it could prove a model for other African countries looking to tap their solar potential.

But others warn that if Cameroon’s green energy sector grows too big and too fast, corruption and a lack of local technical expertise could dim its solar ambitions.

Over the past decade, Cameroon’s power supply has been hobbled by increasingly unreliable rain, …….