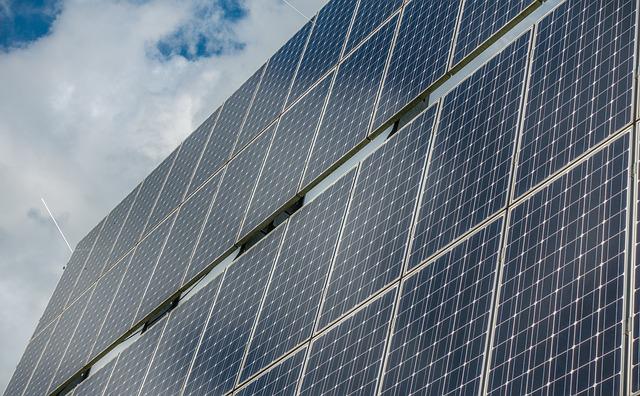 Samir Ibrahim didn’t have a singular “aha” moment that led him to his multimillion-dollar business and a crusade to fight climate change 8,000 miles from his home in Orlando.

It’s been 10 years since Ibrahim and his co-founder Charles Nichols launched SunCulture, a start-up headquartered in Nairobi, Kenya that helps farmers grow food without relying on rainfall by using solar-powered irrigation systems instead.

SunCulture was born out of conversations Ibrahim and Nichols had about the growing threat of climate change while they were college students at New York University and Baruch College, respectively. After learning more about the rising popularity of off-grid solar technology, they decided to build a solar power system that could help small farmers.

“We learned that climate change is creating more food insecurity across the world, and one of the largest groups of people living in poverty is smallholder farmers,” Ibrahim tells CNBC Make It. “Climate change is making the rain more unpredictable and unreliable, so farmers are losing crops all the time.”

He continues: “We also realized that if smaller farms weren’t growing enough crops, we wouldn’t have enough food to feed the world in the next few decades – so we started to think about how to solve that problem.”

They decided to craft their business plan around sub-Saharan Africa, which has a large portion of the world’s unused farmable land, and where about 60% of the population are smallholder farmers, according to McKinsey & Company. While there’s sufficient groundwater to power these operations, most farmers don’t have the economic resources to pump it, Ibrahim says.

Ibrahim and Nichols submitted their idea to a business plan-competition at NYU and came in second place – by the end of 2012, they booked one-way tickets to Kenya to make SunCulture a reality.

Ibrahim and Nichols chose Kenya because they had family and friends in the region. Their small apartment in Nairobi doubled as a “warehouse, home and office,” Ibrahim says.

To start, the pair used about $5,000 of their personal money to research and develop their solar irrigation system, then borrowed an additional $200,000 from friends and family to build more prototypes – a loan that they stretched to sustain SunCulture for about two and a half years.

By 2018, SunCulture had raised over $4 million from the United States Agency for International Development (USAID), the Environmental Defense Fund (EDF) and other high-profile investors. Nichols left SunCulture last year to join Celo, a blockchain start-up in San Francisco, while Ibrahim has stayed on as CEO. As of April, SunCulture has raised about $40 million, raising about $26 million between 2020 and 2021 alone.

While SunCulture has made minor tweaks to its solar irrigation system throughout the years, its basic structure has remained the same: A solar panel is installed on the roof of a farmer’s house and connected to a …….