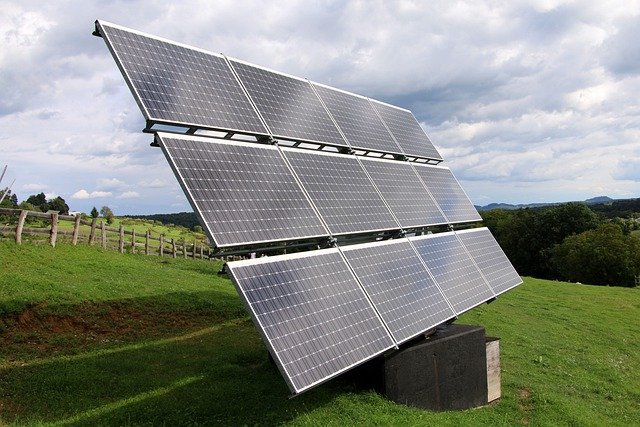 HOLLYWOOD, Md. (Feb. 17, 2022)—The Commissioners of St. Mary’s County held a public hearing Feb. 15 for a proposed zoning ordinance that would expand the ability of solar power sites, both large and small in scale, to be constructed throughout the county, but some in the agricultural community testified against the ordinance as it was written.

They remain concerned that the proposed new rule allowed the proliferation of solar power projects in sensitive areas of the county’s rural areas, particularly in the critical area which is within 1,000 feet of the watershed or creeks and streams.

The county commissioners tasked a group to come up with recommendations for best siting options for solar projects starting in 2020 as the state legislature had promulgated new rules stating that ever increasing amounts of energy used had to come from sustainable and environmentally friendly sources.

The solar projects would be allowed in two broad categories: major and minor.

One example of this would be residential installation of solar panels, said Bill Hunt, director of the Department of Land Use and Growth Management.

Mike Thompson, a Hollywood resident, member of the solar task force as well as a member of the county’s Commission on the Environment, said the commission supported the ordinance as a balanced approach to growing solar power locally.

“Solar energy is becoming an important part of the future of St. Mary’s County,” said Thompson. “Our county will be expected to contribute [to the state’s solar power] goal.”

The proposed ordinance ensured large solar projects would have to undergo stringent site reviews before approval for construction, Thompson said.

The solar task force recommended that large sites are best kept to county-owned land and facilities as well as land that is less than suitable for agriculture or residential uses.

Jamie Raley, president of the St. Mary’s County Farm Bureau, worreid over parts of the ordinance.

“Farm Bureau engaged in this process because we support alternative energy…” Raley said. “But if the land gets tied up [in solar power production] we [farmers] can’t rent it or work it.”

Raley said the farm bureau was concerned about the ordinance allowing such projects in the county’s rural preservation district (RPD).

For more local stories from the County Times newspapers, visit countytimes.somd.com or find a copy on local news stands.

You can now find local news posted 7x24x365 in the So. Md. News Feed forum at forums.somd.com/categories/so-md-news-feeds.218/