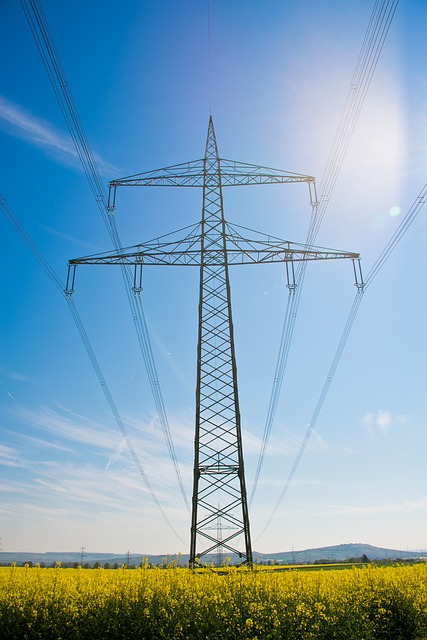 An artist’s concept of a future biomanufacturing lab on Mars, powered by photovoltaic (solar power) technology. It will also synthesize food and medicines, and manufacture other needed materials, while recycling waste. (Credit: Davian Ho.)

Sometime in the next couple of decades, humans will head to Mars for long-term missions of more than 400 days. Such lengthy stays mean building Martian cities, complete with safe habitats, labs, and other infrastructure. Future Martians will have to do a lot to survive. They’ll build their cities, make their own food, distill water, create fuel, manufacture medicines, and create other supplies. To do that, they’ll use manufacturing facilities that they bring along. That all requires power. Lots of it. As we all know, Mars is noticeably lacking in obvious ways to make electricity. So, what will our intrepid explorers do to generate power for their new lives on the Red Planet?

This flow chart shows the process humans on Mars will use as they synthesize the materials they need from the raw materials on the planet. The equipment they use will be transported from Earth (at first), but will need reliable power. (Credit: Aaron Berliner and Davian Ho, UC Berkeley)

Conventional wisdom says that nuclear power units similar to what powers other spacecraft are the best choice. They’re clean, reliable, and long-lasting. The downside is that they weigh a lot. A Mars-bound spacecraft will be very limited in what it can carry. Of course, it’ll have crew and fuel. However, all those people will need supplies, including power units to use on the surface. It turns out that most of the current rockets can only carry about 100 tons (not including fuel). Just one nuclear power plant supplying about a kilowatt of power would be about 9.5 tons. That’s not insurmountable, however. But, mission planners want to minimize a mission’s weight in order to get the most bang for the buck. So, what if there was a lighter alternative to nuclear? Like solar power?

That’s the question a pair of graduate students at the University of California at Berkeley wanted to answer. So, they did a research project looking at future power sources for Martian colonists. Aaron Berliner specializes in nuclear engineering while Anthony Abel is interested in advances in photovoltaic cells for solar power. Together, they analyzed the power needs for a six-person mission staying on Mars for 480 days. In particular, they looked at sites on Mars where solar power might make a lot of sense. And, what they found seems to confound the conventional wisdom.

Remove All Ads on Universe Today

Join our Patreon for as little as $3!

Get the ad-free experience for life

Future Mars explorers who settle in the mid-latitudes of the planet (shown in yellow) could use photovoltaics for power. Note the locations of other missions …….