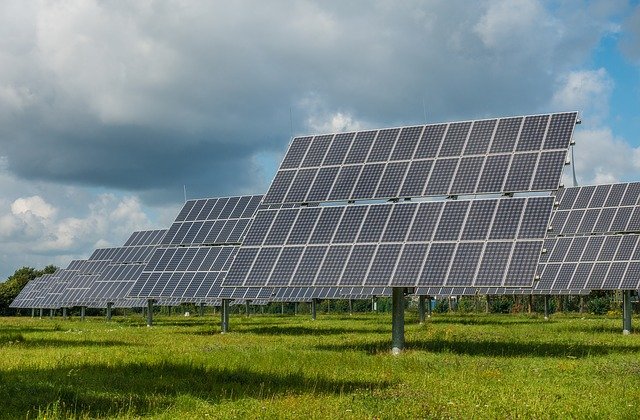 A team of students from Southern Illinois University Carbondale is among the finalists in the U.S. Department of Energy’s Solar District Cup. Competitors will design systems that integrate solar, storage and other technologies for a real-world district or campus, developing skills essential for clean energy. Team members pictured are, from left, Olivia Sapp, Nelson Fernandes, Prem Rana and Aron Taylor. (Photo by Russell Bailey)

CARBONDALE, Ill. – A team of students from Southern Illinois University Carbondale is among the finalists in the U.S. Department of Energy’s Solar District Cup Collegiate Design Competition.

Competitors will design systems that integrate solar, storage and other technologies for a real-world district or campus, developing skills essential for clean energy. The ultimate goal of the competition is to design a solar power system for The Ohio State University’s medical campus that maximizes energy offset and financial savings over the design’s life, said Nelson Fernandes, a senior in mechanical engineering and project manager for the SIU Solar District Cup Team from Skokie.

The team submitted its proposal for a photovoltaic roof system to the competition in late fall and gained entry into the finals, along with 34 other teams from the initial 65. The students will submit their final plans in mid-April and will find out shortly after how they finished.

Fernandes said the team is looking forward to the challenge.

“As a finalist, we will incorporate energy storage into our design for enhancing the financial savings, which is considered as smart grid technology,” he said.

Now in its third year, the Solar District Cup aims to inspire a new generation of renewable energy innovators to create distributed energy systems that support a flexible, resilient power grid. The competition challenges multidisciplinary, student-led teams to develop solutions for renewable energy needs. So far, the contest has engaged around 300 students this year.

The SIU team, which also is one of just two finalist teams that includes students from other universities, is a subgroup of the Green Roof Team, named after an innovative sustainability project atop the Agriculture Building. Started in 2010, it features space for native plants, growing vegetables and flowers and conducting research while demonstrating the benefits of sustainable roofs.

Communication among the teammates, each of whom brings certain skills to the table, is key, Fernandes said. And as a multi-university team, this presented challenges.

“We comprise students from different universities, so we meet weekly virtually and have been performing at a high level since August 2020 on our renewable energy and machine-learning engineering projects,” Fernandes said.

Kanchan Mondal, director of the School of Mechanical, Aerospace, and Materials Engineering at SIU, originally brought the competition to the team, encouraging the cross-university collaborative approach.