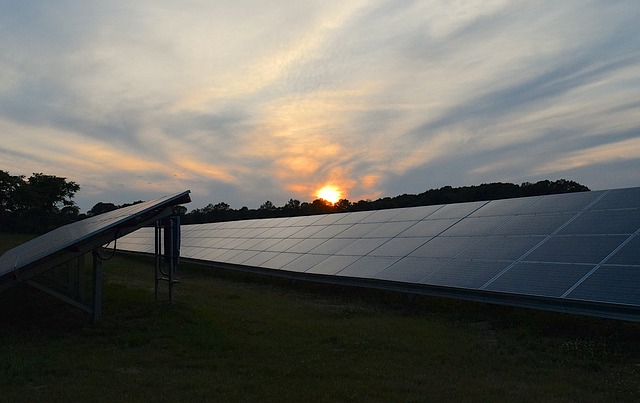 Kit Carson Electric Cooperative has achieved a big environmental milestone. Customers in their service area, around Taos and Santa Fe, New Mexico, will now have 100% of their daytime electric use provided by solar power.

“When we partnered with Guzman Energy in 2016, we set an ambitious goal of becoming one of the cleanest energy cooperatives in America,” said Luis A. Reyes, Jr., CEO of Kit Carson Electric Do-op (KCEC). “Providing our members with 100% daytime solar power, delivered by locally built and maintained solar arrays and battery storage while also reducing cost for our members is an accomplishment we are incredibly proud of. We are serving our members the clean power they’ve been asking for while lowering costs, and we’re also helping to meet our state’s overall climate change action initiatives.”

At a ribbon-cutting ceremony, KCEC celebrated the milestone at the opening of the new Taos Mesa Solar Array. With the switch flipped on that project, the remaining fossil fuels from daytime power use in the service area ended. The 43,680 solar panels, installed over roughly 170 acres, is what put them over the top. This put the coop’s solar power totals at 41 megawatts, with 15 megawatts of available battery storage in the service area.

The new array, along with a number of other projects, was put in by Guzman Energy. They’ve been the wholesale solar provider for the cooperative since 2016, and buying power from them allowed the cooperative to exit a contract with Tri-State Generation and Transmission. Once that process is complete, the cooperative will have a lot more latitude to move further toward full renewable energy in the future.

From what I’ve gathered from the press release and other web resources, Tri-State only allows local electric co-ops to supply a portion of their energy from local sources, with the rest coming from the co-op of co-ops that spans four states. Moving to a local generation model allows more power to come from renewables without the transmission losses associated with moving solar power from other areas.

This move is expected to lower power bills in the service area by around 25%, so being clean has more advantages than just the environment.

“What Kit Carson Electric Cooperative has achieved here today is a phenomenal example of how rural cooperatives can make a significant impact locally for communities as well as globally on climate change,” said Jeffrey M. Heit, Principal and Managing Director, Guzman Energy. “Guzman Energy is proud to be KCEC’s partner delivering a blueprint for energy transition to cooperatives across America.”

While Kit Carson is making big news today, they’ve been around since 1944, and were part of the original push to electrify rural America. They’re the second largest energy cooperative in the state, with a larger service area than all but one of the other sixteen cooperatives. They serve nearly 30,000 members in Taos, Colfax and Rio Arriba counties.