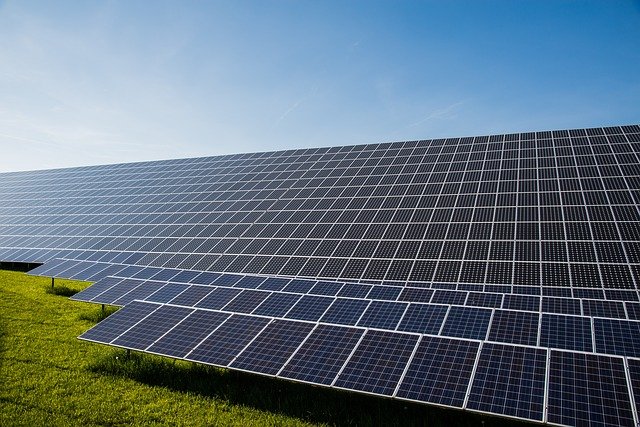 West Virginia has long been an energy leader in the world, and the Lewis County Commission heard from a group with the goal of extending that energy leadership beyond fossil fuels while helping landowners in the process.

The County Commission heard an informational presentation from Paul Hutchinson Jr., a career attorney from Beckley who is now working with a consulting group, Farm the Sun LLC of Greensburg, Pennsylvania, looking to reach out to landowners to lease land for use in solar farms.

Hutchinson gave an example of how the service might work for landowners, citing a 100-acre farm that the landowner wanted to split 50-50 between traditional farming and solar farming. Hutchison added that 50 acres is typically the smallest piece of land that Farm the Sun wants to work with, but said he understands the need to work on smaller pieces of land as well.

Hutchinson also explained that solar farms aren’t just for flat areas anymore, noting that engineers took a look at potential properties to best figure out how to use the land.

Interested parties sign a 20- to 25-year lease that pays out on a per-acre, per-year basis. Farm the Sun only collects money once a solar farm is up and running, Hutchinson noted. After engineers look at a property and deem it a go, then bids are sought from 10 to 12 solar companies. Farm the Sun helps the landowner with the negotiation process.

Hutchinson noted that landowners would, of course, pay federal and state taxes, but he added that a county tax structure would need to be created as well for Lewis County to collect taxes on the projects.

No action on the matter was taken by commissioners, but Commission President Rod Wyman called the idea “intriguing.”