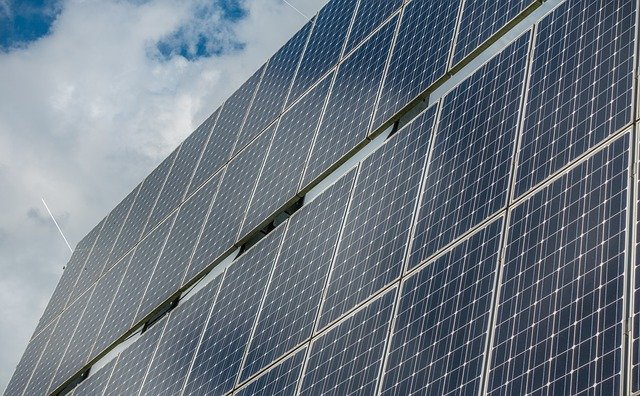 The Lao government has approved feasibility studies for and the installation of 58 solar power plants around the country with a total installed capacity of 7,656MW.

Eight of these plants have been completed and 50 are under construction.

The Ministry of Energy and Mines reported on the progress made in this area of development at a recent meeting to discuss the direction of solar power development with authorities at the central and local levels.

The meeting considered policies and measures for the development of solar power, with the aim of reducing the amount of electricity purchased from other countries.

Speaking at the meeting, Minister of Energy and Mines Dr Daovong Phonekeo said solar power was an important strategy towards sustainable energy development and is in line with the goal to use clean sources of energy as advised by the 11th Congress of the ruling Lao People’s Revolutionary Party.

Such diversification and cost-effective electricity generation would create a stable and strong source of energy for both export and domestic consumption, he added. Laos is undergoing rapid socio-economic change and the provision of sufficient energy is an important factor in the response to continuing development.

“Given recent advances in solar energy in Laos, it has become clear that more and more local and foreign businesses are interested in investing in this field,” Dr Daovong said.

Officials from the Institute for the Promotion of Renewable Energy said the government, in cooperation with the ministry, has set four main goals for solar energy development.

Last year, the government vowed to diversify sources of energy by building solar, wind and coal-fired power plants to address the electricity shortage during the dry season, when reservoir levels drop and less hydropower can be produced.

These developments will support government efforts to increase the amount of energy exported and minimise the amount of electricity re-imported from neighbouring countries in the dry season.

By 2030, it is planned that Laos will produce another 5,559MW of electricity. Of this amount, 77.59 per cent will come from hydropower and the rest will come from solar, wind and coal-fired power plants.