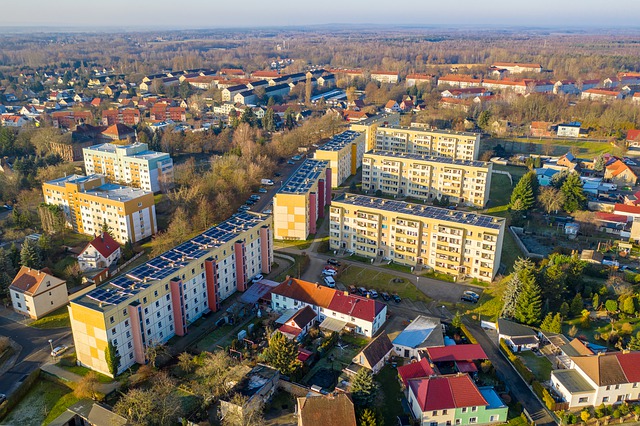 The brain of a solar energy system is the inverter; without it, the power collected by solar panels has nowhere to go. As the uptake of solar unfolds across Africa, we caught up with Andrew Tyler, the Sales & Business Development Manager for sub- Saharan Africa at GoodWe EMEA, to find out what this means for inverter technology.

The article appeared in ESI Africa Issue 2-2021.
Read the mobile-friendly digital magazine or subscribe to receive a free print copy.

The inverters play a critical role in taking the direct current (DC) power generated by the solar panels and inverts it to alternating current (AC) electricity that can power anything that requires electricity.

It is such a vital element of the unit that shortly after commencing operation, GoodWe invested in their first R&D Centre in 2011 and opened a second R&D centre in 2017. Technological innovation is the primary core competence of a company that delivers on its ability to develop and improve products for customers.

Tyler hints at the company’s future, stating: “We have seen some fantastic products released by our team with a few more exciting products to come in 2022. We now have over 500 employees in our two R&D centres to ensure that performance and quality go together across the entire GoodWe range.”

For residential systems, Tyler has seen a move to larger kWp rated hybrid Inverters. This motivated the local office to design the EHB Series specifically for use on the African continent. “It offers a 5–10kW single-phase inverter, 50% DC oversizing, up to 4 x MPPTs and offers an installer-friendly design, making it easy to install in what can often be cumbersome spaces.”

The commercial and utility market is also taking up larger inverter sizing with various other technical improvements. “Our HT Series offers up to 120KWp for commercial rooftop and up to 250kWp in utility-scale ground-mount with some exciting new products expected to launch soon. Our HT Series offers 50% DC oversizing, up to 12 x MPPTs (maximum power point trackers), 10% extra AC power (120kWp can output up to 132kWp) and industry-leading temperature derating.”

The importance of selecting a suitable inverter cannot be overstated. Inverters provide many forms of protection to the installation, such as arc-fault circuit interrupter (AFCI), surge protection and anti-Islanding protection. “Smart inverters like ours will also be able to identify and report an issue. Inverters also play a role in the efficiency of solar systems and report the system’s overall performance via its monitoring platform.”

Offering a wide range of inverter products that have been used …….