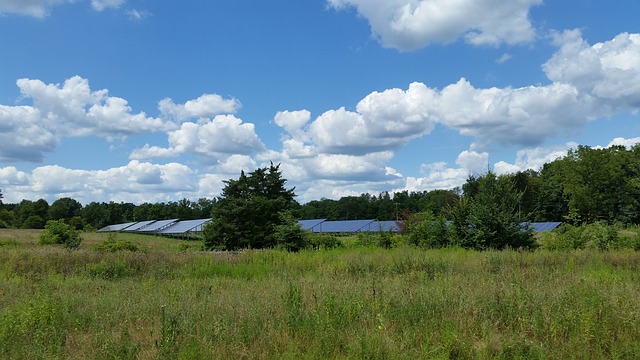 AJ Hayes of Tallapoosa said her experience with residential solar power has been “chaos.”

TALLAPOOSA, Ga. – You’ve likely heard the sales pitch. Get off the grid. Get paid to go solar.

Some residential solar power customers in Georgia love going green. But others paint their experiences red. The color of frustration.

Turning to solar power is supposed to help homeowners get out of the red when it comes to owing power companies, but some in rural Georgia have been seeing only red trying to turn to solar power.

When she’s not rounding up loose cows on her Tallapoosa farm, the retired 911 dispatcher looks at the damaged walls and ruined electronics in her home and wonders why she ever decided to go solar.

“Once they took my money, that last check, I ain’t seen them,” she said. “I can’t get them back out here. I can’t get anybody to fix anything.”

Last year, after her husband had passed away, Hayes decided to focus her energy on solar.

She agreed to pay SunPro Solar $58,628 to install solar panels on the roof and a battery on the side of the house, with the promise of reducing her Carroll EMC bill by an estimated $1,547 the first year — or about $130 a month.

She’d get back some of the original investment from tax credits and by selling power to Carroll EMC.

But Hayes said the contractor left holes in her roof, allowing rain to damage her walls.

AJ Hayes shows some of the repairs she’s had to make. She says the solar panel installer left holes in her roof, allowing rain to ruin several of her walls.

And she said when the company tried to connect the system …

“You hear this pop!” she said, remembering. “This really loud, almost like an M-80 firecracker going off inside the house.”

She said a power surge destroyed her refrigerator, air conditioner, and other appliances.

And instead of going down, she says her power bills have actually gone up. Before solar, her December bill was $161.45. Her January bill was $243.54.