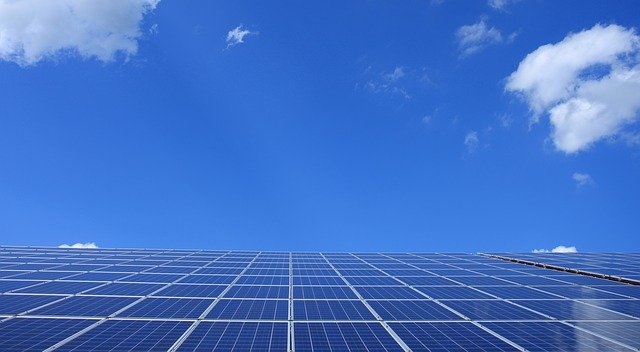 Large-scale solar power may be coming to northeast Indiana in the future.

That potential development could have major financial benefits to our area.

Noble and DeKalb counties have been in the midst of working on zoning ordinances to set rules and regulations for commercial-grade solar fields, huge arrays that would generate hundreds of megawatts of power.

Attitudes of rural residents about solar energy are hit and miss. Some appreciate using part of their land for green energy and can possibly benefit from lucrative lease payments. Others scorn rural renewables because if they have to “look at it” they don’t like, regardless of what “it” is, solar panels, wind turbines, houses, you name it.

Anyhow, even for people who live in town or live nowhere near any planned green energy developments, the potential for solar development can be a boon. How is that?

A large-scale solar development can have a positive tax impact for everyone in the county, even people who don’t live anywhere near it.

Like any home, business or industrial site, solar panels would be a new taxable investment. And at a commercial-grade solar scale, we’re talking a major investment.

Geenex, which has been eyeing Orange and Jefferson townships in Noble County, is proposing a 300-400 megawatt field, that could span 2,000-3,000 acres.

Kendallville’s solar field on the former McCray Refrigerator factory site is a 1.55-megawatt field that had a price tag of about $2.52 million. That’s $1.63 million per megawatt.

Since Kendallville is more recent, let’s use that figure, as we know solar costs have been coming down year-to-year as the technology improves and becomes more prevalent.

To be conservative, let’s even suppose there are economies of scale for building larger that might push the cost to $1.5 million per megawatt, just for this example.

For comparison, the shell building Kendallville is constructing is $2.2 million and might get another $1 million in investment to build it out when it’s sold to a business.