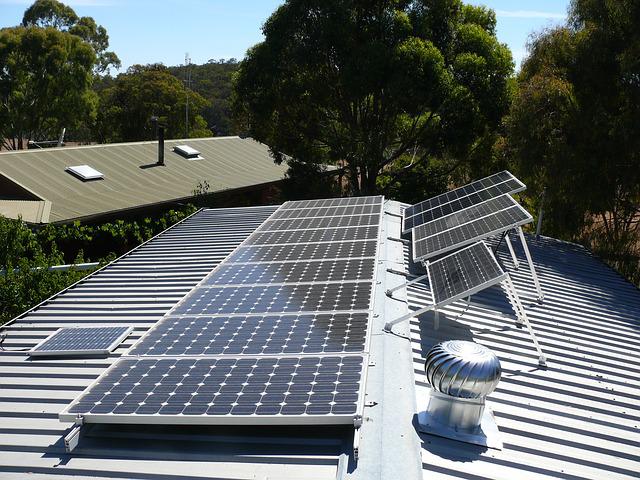 The China Academy of Space Technology (CAST) plans to begin experiments in space-based solar power technology be a clean energy game-changer, according to Space News. It could also prove to be a potent tool for China’s effort to spread its power and influence throughout the world.

The first test would involve setting up a solar collector in low-Earth orbit in 2028 capable of transmitting 10 kilowatts to a ground receiving station. Then, in 2030, a solar power station would be deployed in geostationary orbit capable of transmitting a megawatt of energy across 35,800 kilometers to the Earth’s surface. These experiments would be followed by another station that would transmit 10 megawatts in 2035, leading to a 2-gigawatt station capable of powering a large city, in 2050.

The two-gigawatt array would be a kilometer in width with gigantic solar panels. Building it would require the capability to assemble large-scale infrastructure in space. Probably the Chinese will have to mine the raw materials on the moon and manufacture the components in space as well before building the space-based solar power station to save the cost of launching it from Earth.

China’s Xidian University has already completed a ground system to test the technology for space-based solar power. According to Space News, “It includes technologies for concentrating light and photoelectric conversion, conversion of energy into microwaves, microwave transmission and waveform optimization, microwave beam aiming measurement and control, and microwave reception and rectification.”

The idea of space-based solar power is an old one, according to Space.com. Nikola Tesla developed the idea of wireless transmission of electricity at the end of the 19th century. Peter Glaser patented a design for a space-based solar power system in 1968, a year before the Apollo moon landing. It works by collecting solar energy 24/7 from space and then transmitting the energy by microwaves to a receiving station on Earth that would then channel it to the power grid.

In 1975, in the wake of the Arab oil embargo and the end of the Apollo Program, Gerard K. O’Neill, a Princeton physics professor, began to popularize the idea of free-flying colonies in space. In a paper published in Science, O’Neill speculated that these colonies would be made economically viable by constructing space-based solar power stations and selling the energy to Earth. O’Neill would later popularize his concept in the book “High Frontier,” in which he states space could be made directly profitable by providing limitless, clean energy.

While space-based solar power has yet to take off due to the huge cost of launching things into space, the concept has recently gotten a renewed look, thanks to NASA’s Artemis Program to return to the moon and concerns over climate change caused by fossil fuels. The United States Energy Department has a page touting the concept. NASA has started a new study of space-based solar power in light of new technological advancements. The United States Space Force has also expressed …….