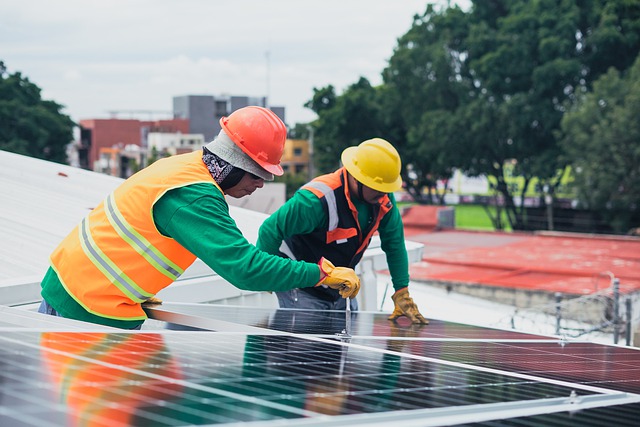 PARRISH, Fla. (AP) — A key to the future of Florida’s electric grid is a device that could be confused for a computer server.

This apparatus is actually a battery module. By themselves, each of the components is as powerful as 2,000 iPhone batteries. But together, as a collection of tens of thousands of modules, they make up what is the world’s largest solar battery storage facility owned by the state’s largest utility, Florida Power & Light.

At night or when there is thick cloud cover overhead, energy from the sun captured by the utility’s nearby solar panel field can be stored for later use, further reducing the need to rely on fossil fuels and allowing excess renewable energy generated not to go to waste.

Much like a rooftop solar contractor might advise a homeowner to install a battery pack in tandem with their solar system, battery storage is becoming an integral piece of large-scale renewable energy investments.

“I think it’s safe to say that storage is a necessary component as we evolve to more intermittent resources,” said Bryan Jacob, the solar program director for the nonprofit Southern Alliance for Clean Energy.

Battery storage can help bridge the gap between energy resources at the times of day when solar power would come online and offline, Jacob said, or it can serve as the boost needed during spikes in usage, such as when people return home after work.

When these utility-scale solar investments were first being made, “curtailment of solar wasn’t a significant issue yet,” Jacobs said, referring to the process where renewable energy output is reduced from its full potential due to supply-demand needs.

“So now you can absorb excess generation of what would be happening without having to curtail it,” he said.

FPL has more than 500 megawatts of solar power storage, the bulk of it coming from the 409-megawatt Manatee Solar Energy Center in Parrish. Looking 10 years into the future, Juno Beach-based FPL hopes to increase its battery capacity seven-fold by adding another 3,200 megawatts of storage.

“You don’t need as many batteries (as solar plants) because they don’t make new energy, they just store it for later,” Silver said. “Long-term, I think we’re going to start to see there’s going to be value …….