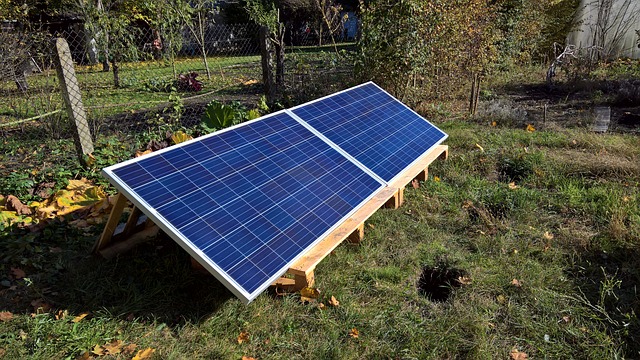 AUBURN — After some delays regarding a solar energy project, Auburn City Council has approved a second amendment to a solar lease agreement, with the city set to receive $6,000.

The amendment to the agreement previously made with Abundant Solar Power, LLC, was approved by council at its meeting Thursday night.

The agenda for the resolution, available through the city’s website, noted the council passed an agreement for a lease with Abundant for around 36 acres of land at the city landfill for a solar array project. The company agreed to pay the city “an initial security deposit in the amount of one year’s rent plus an initial annual rent payment of $12,000, until the solar project became commercially operational on or about September, 9, 2021.”

In February, the county passed a resolution extending that date to Dec. 31, 2021 due to delays connected to the COVID-19 pandemic. The resolution said Abundant asked that the date for commercial operations be pushed back a second time, to June 20, 2022, “as a result of continued delays related to the steel industry resource constraints and weather concerns relating to concrete work.” Abundant will pay the city $6,000 “as consideration for the execution of the proposed Second Amendment,” the resolution added.

Council unanimously passed the agreement. After the meeting, Dygert explained the $6,000 payment.

“What has happened with that agreement is there was a specific amount of money that they were going to pay the city on an annual basis until they were up and running and putting energy into the grid, and then their lease payment was going to rise up,” he said. “What this does is essentially it gives a six-month extension of that — so 50% of a year — to extend that period of time.”

• Council also approved three resolutions related to water or sewers. The first resolution was for a change order to a previous agreement with the firm GHD for the Water Filtration Plant Improvements Project, with $31,700 required to cover additional professional services costs for design work and bidding services.

The resolution said that in April, the council awarded a contract to GHD “to complete design services related to the slow sand filtration plant and clear well upgrades” for the project for $345,000. The city has “completed 60% design on the facility,” the resolution said, and identified additional design elements needed to properly complete the sand filtration plant design and clear well upgrades.

Another resolution was to authorize the city to approve an application to the New York State Environmental Facilities Corporation Water Infrastructure Improvement Act Grant Program to get $3 million in funding for a project for upgrades to to the Water Filtration Plant slow-sand and rapid-sand filtration buildings. The resolution said that $3 million would go toward a $6.2 million total estimated project cost. Auburn would “finance the non-grant portion of the project through the NYS EFC Drinking Water State Revolving Loan Fund and/ or municipal BANs depending on interest rates …….